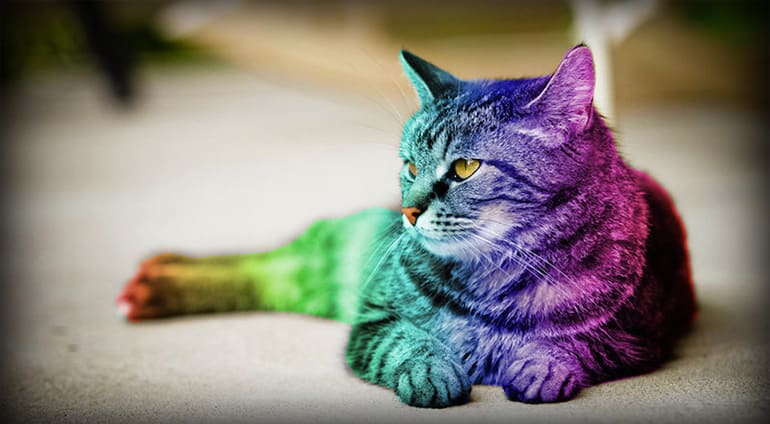 Can Cats Be Gay?

It might seem like an odd question to ask, but many of us have wondered what’s really going on it our cat’s head. We attribute all kinds of human emotions to our pets, like happiness, anger or cheekiness, so it’s natural to wonder whether our pets have the same spectrum of sexual orientations as humans. Moreover, our pets exist in a world without society’s judgment or homophobia, so perhaps they are freer to behave and love as they want.

Research suggests that nearly all animals exhibit same-sex behavior. From flies to dolphins, same-sex behavior is found across the animal kingdom. Scientists Nathan Bailey and Marlene Zuk found in their study that same-sex behavior in animals resulted in evolutionary consequences by removing some animals from the potential gene pool. In other words, in nature if an animal exhibits same-sex behavior then it is less likely to mate and so its genes are unlikely to be passed on.

But what about your cat? Could they be gay? The answer is a combination of “we don’t really know” and “not really”. Whilst studies have been conducted on many different kinds of animals, a specific study of cats has yet to be completed. Although we can say that many different animals exhibit same-sex behavior, those behaviors aren’t uniform. As Bailey notes,”For example, male fruit flies may court other males because they are lacking a gene that enables them to discriminate between the sexes.

But that is very different from male bottlenose dolphins, who engage in same-sex interactions to facilitate group bonding, or female Laysan Albatross that can remain pair-bonded for life and cooperatively rear young.” So whilst a cat may exhibit same-sex behavior, it’s difficult to know the reasons behind it and to what extent cats understand what they are doing. 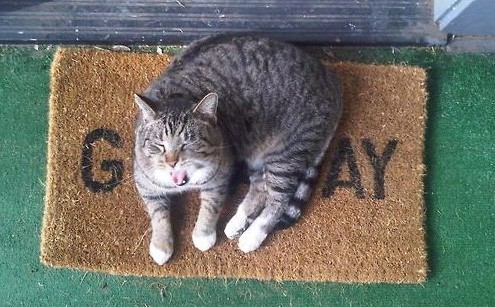 That is why the answer to whether cats are gay is also “not really”. Whilst your cat might exhibit some same-sex behavior, it is not necessarily an expression of a sexual orientation. A cat has limited mental processes and powers of analysis so they could demonstrate same-sex behavior for a number of reasons.

For example cats have been seen to confuse neutered male cats for female cats as the natural scent of the male’s urine is not present. Moreover, cats are a product of their environment as much as their nature. If a cat is only exposed to cats of the same sex, it may express its hormonal impulses on them. Without any scientific study on the subject of cats, all we have is anecdotal evidence, which is interesting but does not prove anything concrete.

The reason many believe cats can be gay is less based on science, and more based on our habit of projecting human emotions and behavior onto animals. If we believe our cats are capable of love, anger and happiness, then why couldn’t they be capable of homosexuality in the same way as humans?

Ultimately, as in the human population, it doesn’t really matter if your cat is gay or straight, so long as they’re happy.