This website is a participant in the Amazon Services LLC Associates Program. As an Amazon Associate I earn from qualifying purchases.
20 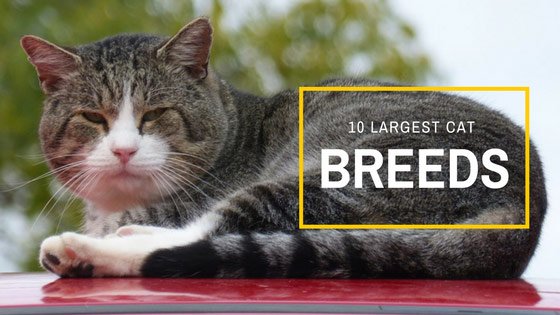 Large domestic house cats are popular pets. And for good reasons! These cuddly fur balls are easy to take care of, friendly, and a lot of fun. Plus, some of these felines remind us of the big cats in the jungle.

You see ole’ Whiskers hunting down a piece of yarn hanging from your jacket, and you immediately envision a fierce bobcat, jaguar, or lynx looking for food in the wild. Or maybe that’s just me!

If you couldn’t tell, I’m a big fan of the some of these bigger breeds. Their temperament can be incredibly endearing and charming. I love the way these little, yet big guys wind their way around my knees when cuddling up.

Here’s a list of 10 large cat breeds you should check out: 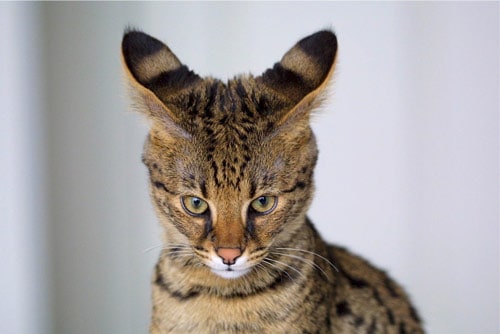 The Savannah cat is one of the most famous and prized animals in the world. Their intelligence is unmatched, and their athleticism is unbelievable. The animals are a cross between a Wild African Serval and a domesticated cat. There are varying levels of Savannah cats that are based upon generational breeding.

Personality wise, the Savannah is an exceptionally loyal and smart furball. They often follow their owners around the house like a puppy dog. This breed is considered one of the largest of the domestic house cats and can weigh up to 30 pounds once fully grown. 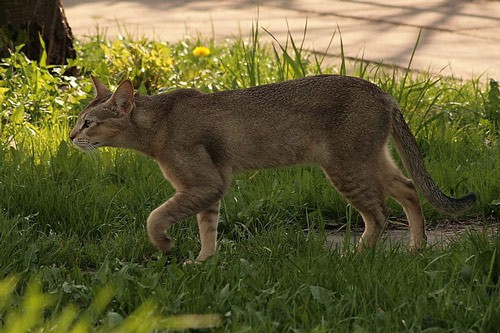 Ok, the Chausie cat may not be straight out of the jungle. They’re domesticated after all. But you wouldn’t know that with just a quick glance. These stunning felines are built like basketball players. They’re tall and long.

Plus, the furballs have exceptional running and jumping capabilities. This breed is one of the taller cats on the list, but they don’t weigh that much. An average Chausie only weighs in at 10-15 pounds.

If you’re looking for a friendly cat, then these guys may be for you. The Chausie cat hates to be alone. The animal has been known to follow around his or her owner. If a human isn’t available to spend time with, then another pet is necessary. 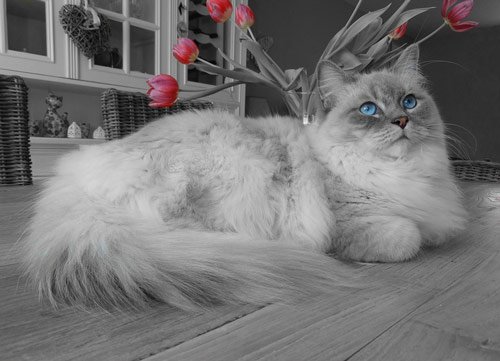 Every feline has a unique feature or three. And the Ragdoll cat is certainly no different. When picked up, this funny furball often lets their bodies go completely limp. Many consider this a sign of affection. Plus, the feline often has stunningly bright blue eyes.

Many consider these pets to be like dogs. They’ll follow people around the home and love to be petted. Ragdoll cats also do well with other animals. Most of these furballs weigh in between 15-20 pounds when fully grown. 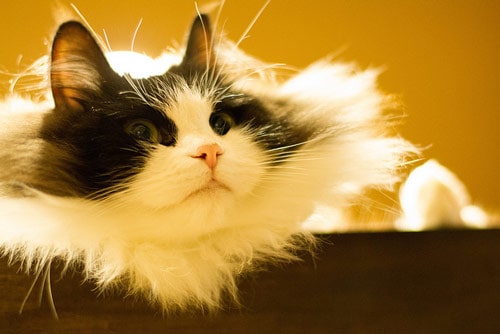 Similar to the Ragdoll cat, the Ragamuffin cat is an incredibly fun and friendly furball. Coming in a variety of colors, this feline can be hard to spot at first. However, once you know to look for a thick, plush coat like a rabbit – they instantly become easier to identify.

These cats are incredibly sweet and mild-tempered. Many families with young kids find that Ragamuffin cats are perfect when the little ones are around. They won’t hiss or claw when invited to a tea party or placed inside a Lego castle. Typically, this breed weighs in around 13-20 pounds. 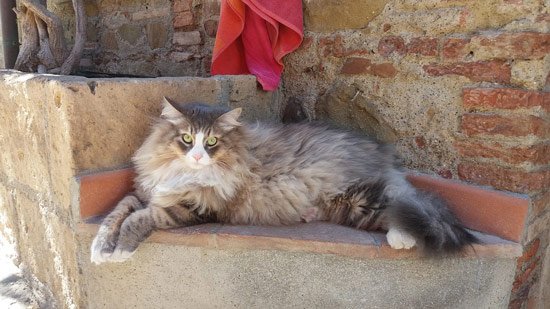 Considered a national treasure in Russia (not sure if that’s a positive), the Siberian cat is incredibly fearless. While intense, these furballs are also known for being amazingly easygoing and friendly. Many use this breed as service animals, and some even note the constant psychological support they offer without effort. It’s natural.

Siberian cats do fantastic with children and dogs. The feline is hypoallergenic – meaning people with car allergies tend to have no problems around a Siberian. Plus, these furballs don’t shed much, either. This bag cat can weigh up to 28 pounds when fully grown. 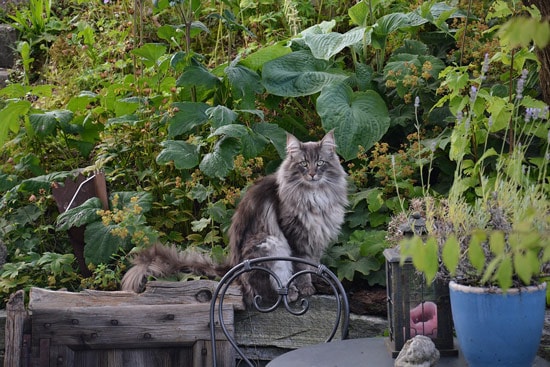 If you ever wanted a cat that looks like it should be in a Harry Potter movie, then the Norwegian Forest cat may be right up your alley. This stunning breed has been around for over 1,000 years and has a waterproof coat that was created to provide a dense undercoat in the winter.

With a unique personality, the Norwegian Forest cat loves people – but only on its schedule. Most owners have found these cats to be incredibly affectionate at times. These furballs tend to have energy bursts for a few hours then nap for hours on end after. Norwegian Forest cats tend to weigh between 12-18 pounds. 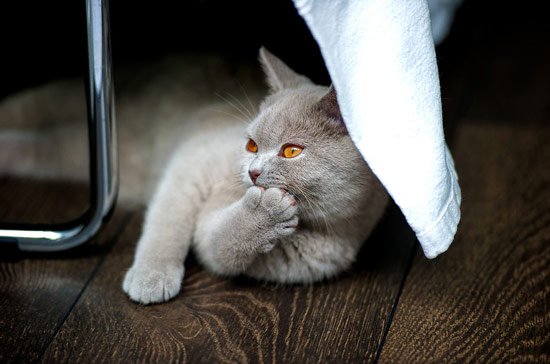 Affectionate owners commonly refer the British Shorthair cat to “British Blue.” The furry feline is incredibly sweet-tempered and quite dignified. Many cat trainers prefer these animals to all others. For this fact, you’ll often see the breed in commercials and movies.

Despite their acclaim in the marketing world, these furballs aren’t quite the acrobats of other felines. In fact, many consider this large cat breed to be quite clumsy. The British Shorthair does like people, but they hate being picked up. Most of these cats weigh between 12-17 pounds. 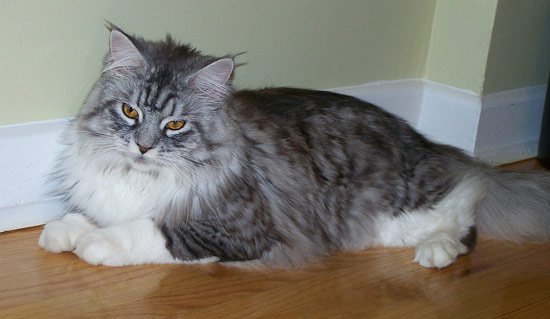 If you’re looking for the largest domestic cat breed in the world, then look no further. The Maine Coon cat is the big dog when it comes to felines. These furballs are often incredibly social and playful. Plus, we’ve found these guys to be one of the smarter cat breeds.

Furballs are an accurate way to describe these cats. They often have a huge ruff around their necks, and many think it looks like a lion’s mane. Physically, these cats are tailor-made for colder climates and snow. A giant kitty, the Maine Coon cats can weigh up to 35 pounds. 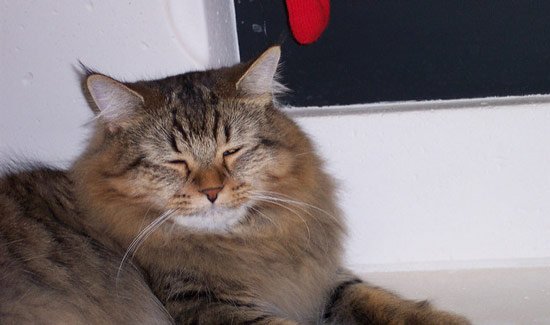 Ok, we have a confession to make. The American Bobtail cat is certainly cuddly, but most wouldn’t describe the animal as wild. Playful, devoted to its owner, and easygoing would be better terms to describe this breed of feline.

Many owners have found that the American Bobtail loves to be leash-trained and go on long walks with their owners. A smaller domestic house cat, the Bobtail typically only weighs around 12-13 pounds. 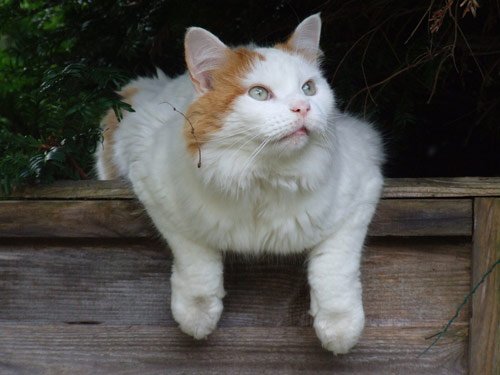 A unique looking feline, the Turkish Van cat is a superb hunter and can be quite brave. This large domestic house cat breed loves to sit atop shelving and post while staring down at the humans below. Quite frankly, this feline loves to be the “king in the castle” while relaxing.

Another unique feature about the Turkish Van breed is their love for swimming. You’ll have to shut all the toilet seats and never leave water in the tub when this breed is around. Featuring white bodies with colored faces and tails, this breed typically weighs 12-18 pounds.

That’s certainly not the only thing I love about these animals. If you’ve ever owned or are considering one, you know that the largest breed cats have a number of unique traits. Here are a few of my favorites: 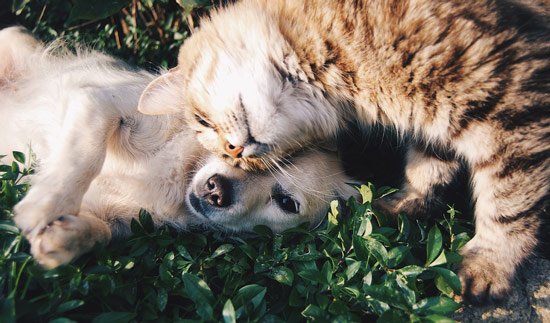 We all love dogs, too. But sometimes life is just too busy to go on three walks a day and let the lovable furballs out to the bathroom 3-5 times daily. Humans have lives, too!

However, the bond between a dog and its owner can be unbreakable. Often, it’s because the dog has a personality that is friendly and loyal. Many think cats don’t share this same characteristic. Many larger domestic cats do.

The biggest domestic house cats are often incredibly loyal and protective of their owners. Some of them are even hunters, just like dogs. Many of these furballs get extremely attached and affectionate with their owners.

Large breed cats aren’t the lounging felines that you may be used to. No! These guys have a ton of extra energy. While a miniature breed cat may be happy sleeping all day and running around the house a bit, the big domestic cats won’t

Large breed cats need to be able to move and run around. They need space to play and sprint around. Most new cat owners find these larger cats have to be treated like small to medium-sized dogs. Let them play outside a lot and give them some room to run around.

Athletic As Can Be 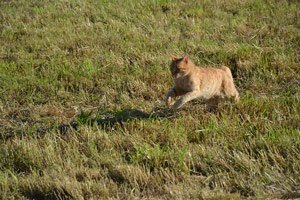 Cats of all sizes are known for their quickness and cutting abilities. Large breed felines take this to a whole new level. The athleticism of some of the largest domestic house cats will surprise you.

These cats can weigh up to 30 pounds and jump fences with easy. You’ll never be able to catch one of these guys if it doesn’t want you to. Their jumping ability can be off the charts. We’re talking Zach Levine-type hops for your furry friend.

If you’re looking to take home one of the largest domestic house cats soon, we hope this guide will be of good use to you. While every feline is different, these guidelines can give you a glimpse into a breed’s personality. If you’re in the market for a cat that doesn’t shed as much, make sure to check out our other guide. The information presented should help you make an informed decision on the perfect breed of cat to take home to your family.

Here’s to happy times with your big, lovable fur balls!