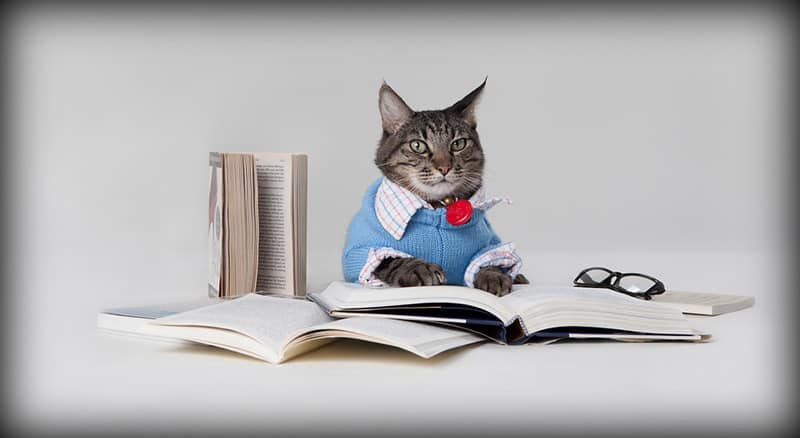 There’s so much you probably didn’t know about cats so we have compiled a list of the most surprising facts about our furry overlords. Don’t miss fact number 6! 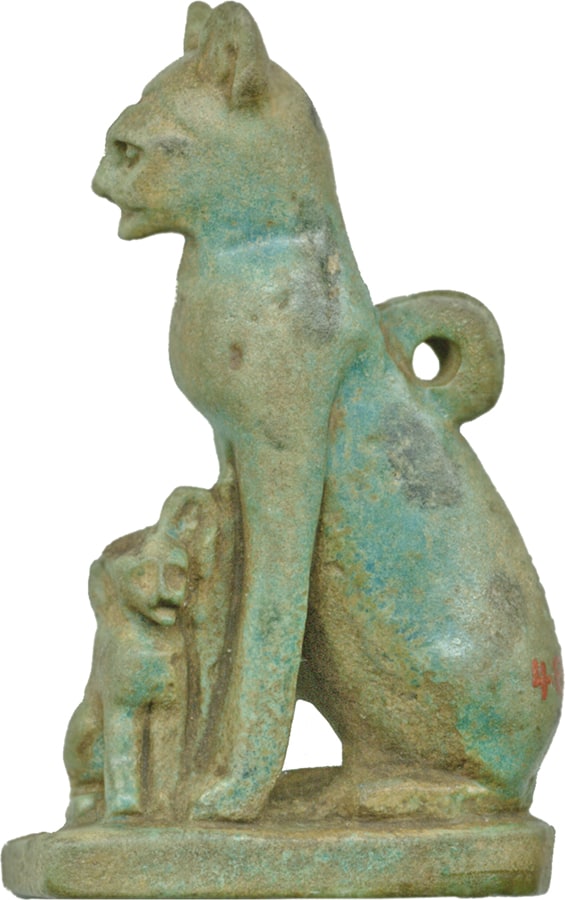 Researchers believe that cats and humans began to develop a mutually beneficial relationship once agricultural settlements were established around 12,000 ago. As humans began to deliberately cultivate crops, rather than hunting and gathering, they needed to store them. The problem was that rodents would get into grains, eating them and polluting them with feces and diseases. Humans realized that having cats around would deter the rodents, and so begun to allow the cats to shelter in their farms.

The arrangement worked well for cats, who had an abundance of prey attracted by the food stores. Evidence that this symbiotic relationship developed into something akin to having a pet was discovered by archaeologists in Cyprus in the 1980s. They uncovered a burial of a human next to a wildcat which dated back around 9,500 years!

2. Suspicion of cats may have caused The Great Plague in Europe.

At some stage during the Middle Ages, cats became demonized in Europe and were associated with the devil and witches. People believed they brought evil with them and as a result they were shooed away from homes and often killed. This view was so common, eve Pope Innocent VIII ordered the killing of cats, pronouncing them demonic. Unfortunately, without as many predators around, rats began to multiply in the cities. These rats carried disease and it is now known that their bites spread the Great Plague which killed an estimated 25 million people and lingered in Europe for centuries afterwards.

3. Cats are afraid of water because their ancestors didn’t know how to swim.

Cats are notoriously aqua phobic and it is believed that this is caused by evolutionary reasons. The ancestors of modern day cats lived in dry, arid deserts and would have had no need to swim anywhere. Cats that did go into water would likely have died and so did not pass along their genes. Those cats which were too afraid of water would have mated and passed this aversion to water down through generations to the modern day cat.

The average cat sleeps between 16-18 hours a day which means that your pet is asleep for about two-thirds of its life. Not only do cats sleep a huge amount, they dream in a very similar way to humans. 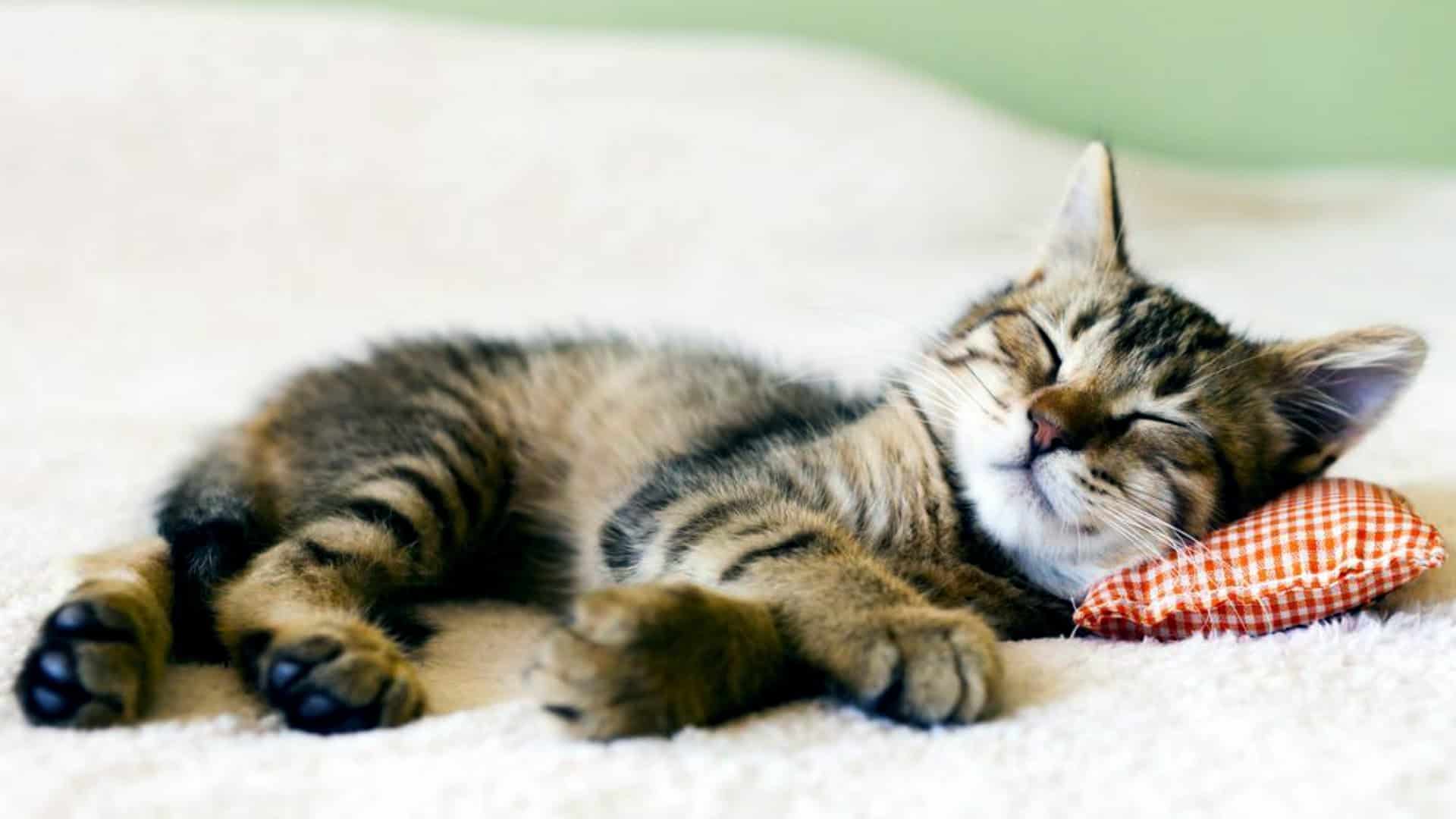 Mayor Stubbs was elected on April 12th 1997 and held office in Talkeetna, Alaska for over 20 years. He came from humble beginnings, having been found in a box full of other kittens in a parking lot. His name was based on his lack of a tail. Aside from his mayoral duties, Stubbs became something of a tourist attraction, drawing about 30-40 people a day. He was an avid supporter of local business, spending his afternoons at a nearby restaurant sipping water laden with catnip out of a margarita glass.

6. The CIA tried to turn cats into spies.

During the height of the Cold War in the 1960s, the CIA launched Project Acoustic Kitty. Their plan was to use cats to spy on the Kremlin and the Soviet embassies By implanting microphones into cat’s ear canals, a small radio transmitter in its skull and thin wire under its fur. The first operation was a success and the cat’s mission was to eavesdrop on two Soviet men in a park in Washington D.C. The cat was released nearby, but promptly hit by a taxi and died. Project Acoustic Kitty cost approximately $20 million. 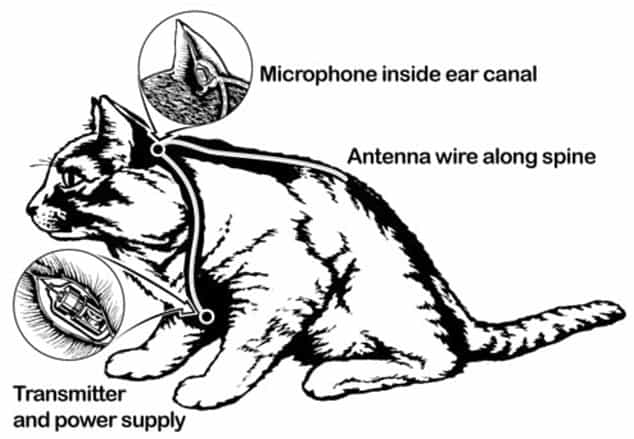 7. Cats only meow to communicate with humans, not one another.

You probably never thought about it before (I didn’t!) but cats only meow at humans, not at one another. If a cat makes any sound at another cat, it is usually a warning hiss or a scream as they attack. Cats are also able to recognize human voices, although whether they choose to acknowledge you is a whole other matter.

8. Not strictly about cats or a definite fact but… Isaac Newton is believed to have invented the cat door.

Among the many things Isaac Newton contributed to the world, surely the cat flap is by far his greatest achievement. The story goes that Mr. Newton made two holes for his cats- one small for the kittens and one large for the mother, not realizing that the kittens would follow their mother through the large one.  Ok fine, it’s more of an urban legend than established fact, but we hope it’s true!

What do I do with my cat if I go on vacation?
Cats Q & A – Part 2
Mouse Flavored Cat Food
Moving House With Tiddles
How Cats See the World
Share
Pin
Tweet